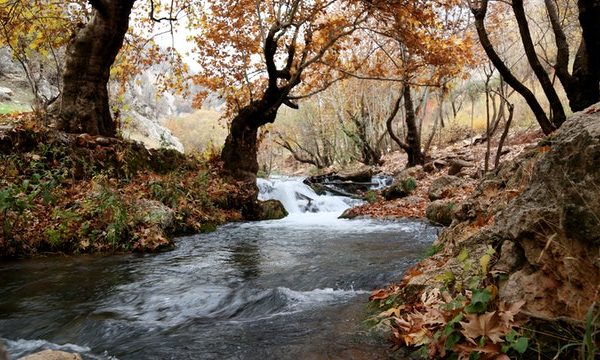 Begin with A Vision

In Genesis 13, God told Abraham that He would give him all the land that he could see. Abraham had to go ‘see’ the land, and had to walk over it, in order to possess it. You must have a vision of what you want. You must have it sculptured solid inside you, strong and clear. See it like you could almost taste it, then begin to declare it with your mouth.

Genesis 11 provides a good illustration. The people had decided they were going to build a tower all the way to heaven. Even with our modern-day technology we haven’t aspired to such a feat! These people however, had something going for them.

Genesis 11 (NKJV)
6 And the LORD said, “Indeed the people are one and they all have one language, and this is what they begin to do; now nothing that they propose to do will be withheld from them.

“Propose” here, means “imagine”. When you imagine something you “see” it. Today when we build, we start with a blueprint. We don’t know if those folks had one like we use today, but we do know that they had a blueprint of whatever they were going to build engraved inside of them. Not only did they have one language, but they were also united in purpose. God Himself testified that nothing would stop these people from doing whatever they imagined doing, and so He had to intervene.

From this we can learn how important it is to first start with a vision, and then a way will be made to realize that vision. For example, during one of Michael Jordan’s basketball games he made over 15 three-pointer baskets! When asked at the end of the game how he thought he had been able to accomplish this, his response was that he had imagined the basket to be so big and wide, that there was just no way that he could miss!

In Genesis 11, God intervened by giving those tower builders different languages. Suddenly they couldn’t communicate with each other. More importantly, that image of the tower they had inside them could no longer be enhanced, and they had to abandon their efforts to build.

That’s exactly how doubt works. Contradictory words, feelings and circumstances, come to challenge the image of victory, healing, or blessing that you have inside your heart, and the image then begins to wane and die, ultimately leading to defeat.