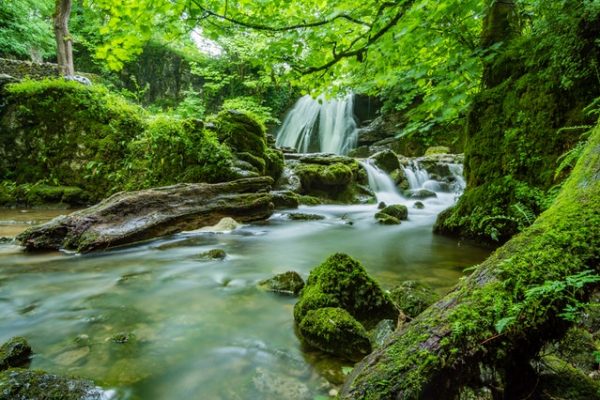 A case in point is the story of David in 1 Samuel 17. David was sent to take supplies to his older brothers at the warfront. He arrived there to hear Goliath the giant, challenging Israel’s army.

1 Samuel 17 (NKJV)
4 And a champion went out from the camp of the Philistines, named Goliath, from Gath, whose height was six cubits and a span [about 9 feet 9 inches].
8 Then he stood and cried out to the armies of Israel, and said to them, “Why have you come out to line up for battle? Am I not a Philistine, and you the servants of Saul? Choose a man for yourselves, and let him come down to me.
9 If he is able to fight with me and kill me, then we will be your servants. But if I prevail against him and kill him, then you shall be our servants and serve us.”
10 And the Philistine said, “I defy the armies of Israel this day; give me a man, that we may fight together.”
11 When Saul and all Israel heard these words of the Philistine, they were dismayed and greatly afraid.

David arrived with the supplies, heard the same words, but his response was totally different.

1 Samuel 17 (NKJV)
24 And all the men of Israel, when they saw the man, fled from him and were dreadfully afraid.
25 So the men of Israel said, “Have you seen this man who has come up? Surely he has come up to defy Israel; and it shall be that the man who kills him the king will enrich with great riches, will give him his daughter, and give his father’s house exemption from taxes in Israel.”
26 Then David spoke to the men who stood by him, saying, “…For who is this uncircumcised Philistine, that he should defy the armies of the living God?”

Why did Goliath’s word inspire fear in everyone else, but faith in David? What was the difference? Notice the way David addressed Goliath as an “uncircumcised Philistine”. What did he mean by that? In Genesis chapter 17 Abraham cut covenant with God by circumcision. By the same token, everyone in the natural lineage of Abraham, entered into that same covenant through circumcision. God had promised Abraham that anyone who blessed him, He would bless, and anyone who cursed him, He would curse. David realized that because he was a circumcised descendant of Abraham, he had all the benefits of Abraham’s covenant with God. All of Israel did too, but they just didn’t believe it or walk in the light of it. Goliath had not entered into any such covenant with God, and so he was defenseless against David and God!

It wasn’t a matter of having the wherewithal or the weaponry to face the opposing army. God was the One who would fight for them. David just measured the image and understanding he had of who God was against Goliath and the Philistine army. David looked at Goliath but did not see him as a giant – compared to God, nobody is a giant and nothing is gigantic! Alleluia! The rest of Israel compared Goliath to their limited selves. They saw themselves as little and Goliath as huge. But David took Goliath and compared him to God. He didn’t even put himself in the picture, he was putting Goliath against his God, and Goliath was no match for God.