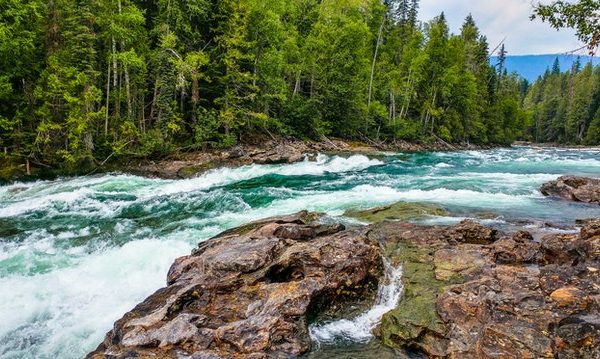 David had built a big, powerful, image of God in his heart. He didn’t just build that image the day he met Goliath. His image of God was developed over all those years he had spent taking care of sheep, singing psalms to the Lord and meditating on the Word of God. When the enemy’s attack came against that image, David did not give in to fear like the others did. He didn’t even stop to pray about what he should do. Often when Christians are going through a crisis, they stop to pray and seek God’s will on what to do, but in some situations doing that can actually be an act of unbelief.

For example, if someone told you they wanted to get saved, would you first stop and pray to ask Jesus if He wants to save that person? No. You already know that the Word of God says that salvation is for “whosoever” (John 3:16). Likewise, if someone were to ask for prayer for healing, do we need to go pray and ask God if He wants to heal that person? No. We already know that the Bible says that:

Acts 10 (NKJV)
God anointed Jesus of Nazareth with the Holy Spirit and with power, who went about doing good and healing all who were oppressed by the devil…

It was the same way with David. He didn’t need to pray and ask God what he should do about Goliath. He knew what the Word said about the benefits of his covenant with God through Abraham. All David needed to do was act on that covenant in faith. The saddest thing about the whole situation was that every person in Israel had as much right to that covenant as David did. But he was the only person who benefited from it. Thank God he was in Israel that day, otherwise the army of Israel would have been wiped out! How sad that they had more faith in Goliath’s words than in God’s.

Similarly, many Christians have more confidence in what the doctor has told them than what Jesus has said in His Word. The doctor might tell you that you have only two months to live. But Jesus will tell you to go ahead and live another 80 years if you want to! That doesn’t mean that doctors are wrong. You should acknowledge the physical facts but use God’s word to overcome them. Take God’s report as a higher authority that can, and will change the doctor’s report! David knew that any Israelite could easily kill Goliath, and he couldn’t believe that nobody was accepting King Saul’s reward offer! And so, he accepted Goliath’s challenge.