September 4, 2019 by site_admin So You Want To See Change 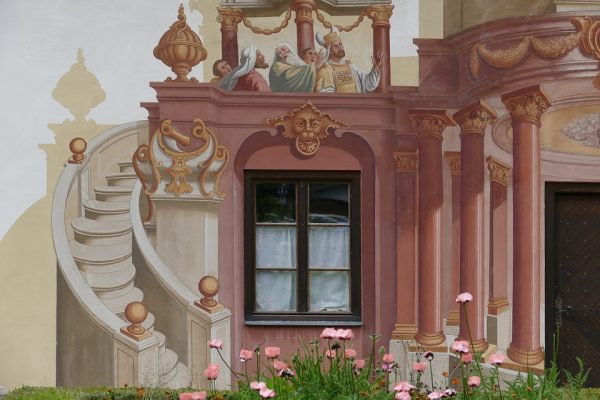 When God wanted to effect change in the leadership of Israel he decided to dispose of Saul, its first king. He had His prophet, Samuel, fill his horn with oil and proceed to Bethlehem. On arriving there, the leaders of the town felt uneasy about his presence. He ends up in Jesse’s home and the town leaders are present there, too. He tells Jesse to ask his sons to file out before him one after the other because the Lord had an important assignment for one of them. It is obvious from Jesse’s reaction that he did not hold out any high hopes for his youngest son, David. Let me explain what I mean. If you had eight sons and the leading man of God in the country shows up in your house and asks you to bring them out, because God has something important for one of them, and you decide to bring out seven instead of eight, what are you in effect saying about the one you left out? You are in essence saying, I am certain that if God has something important to do with any of my sons, it would be one of the ones I’ve called out. The eighth one doesn’t have much prospects.

This is exactly what Jesse, David’s father, did. When he was told to present his sons before Samuel. Even though David was not around he never thinks to mention him to Samuel. He rejected him because he never thought that much about him to begin with. Not only that, Samuel himself had already begun to consider David’s brother, Eliab, as being more suited to becoming king, because of his imposing stature, that is before he met David. But the Lord promptly set him straight.

1 Samuel 16
7 But the LORD said to Samuel, “Do not look at his appearance or at his physical stature, because I have refused him. For the LORD does not see as man sees; for man looks at the outward appearance, but the LORD looks at the heart.”

God Is a Faith God

Have you ever been looked down upon? Put down by family, leaders or prominent personalities? Do not despair. God has not and will not put you down or reject you. He is a master at taking the most unlikely prospects and making champions and heroes out of them. That way, everyone will know and you too also, that it was all by the grace and goodness of God that you triumphed.

Furthermore, it is interesting to note here that when the Lord sent Samuel to Jesse’s house to anoint a king for His people. He knew whom he had in mind to anoint from the outset. But instead of telling Samuel who it was he had chosen, he does the reverse, by telling him who he does not want, through an elaborate process of elimination. That is not the way men choose a leader. Once again God’s thoughts and ways are so different from ours. He knew well ahead of time that David would not be at home when Samuel got to his house and yet he never says a word to Samuel about it. Neither does he tell the seer who he has in mind to anoint. Why does He operate this way? He is a faith-driven God and without faith we could not even begin to please Him.

Hebrews 11
6 But without faith it is impossible to please Him, for he who comes to God must believe that He is, and that He is a rewarder of those who diligently seek Him.

God wants us to lean and depend on Him not to try to figure Him out.