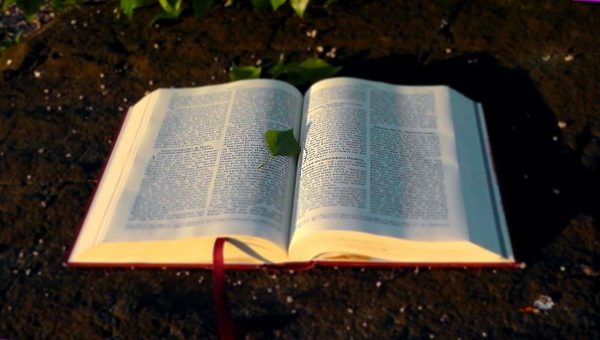 2 Timothy 3
16 All scripture is given by inspiration of God, and is profitable for doctrine, for reproof, for correction, for instruction in righteousness:

Hebrews 4
2 For unto us was the gospel preached, as well as unto them: but the word preached did not profit them, not being mixed with faith in them that heard it.

In the 1850s, an African king sent one of his nobles to lead some other men to England on a mission. Their task was simple. They were to give his warm regards to the Queen and ask her to tell them how England had become such a powerful nation.

When she received the nobleman and his entourage, Queen Victoria sent for a Bible. She gave it to him and asked him to tell his king, “This book is the secret of England’s greatness”.

I don’t know whether you will agree with the Queen that the Bible was the secret of England’s political and military power. But I think we can all see from the Scriptures that we are meant to derive benefit from the Word of God.

Paul told Timothy that “All scripture… is profitable…”. But the writer of Hebrews said, “… the word preached did not profit them”. The word preached was meant to be profitable to these people, but it wasn’t. It wasn’t the fault of the word that was preached, it was the fault of those that heard it. They were responsible for the word “not being mixed with faith in them that heard it”.

Romans 10
17 So then faith comes by hearing, and hearing by the word of God.

Faith does come by hearing, but not for everyone. Some hear the word and go on to express faith, others hear it and respond with unbelief, doubt, scepticism, mental assent, etc. God’s desire is that we all know how to receive the Word so that our response is always in faith, and we benefit from the Word.

John 12
48 He that rejects me, and receives not my words, has one that judges him: the word that I have spoken, the same shall judge him in the last day.

Notice from these verses that the way to know one who has rejected God is to consider his or her attitude to the word. To fail to receive God’s Word is to reject God! It is amazing how many people claim they are seeking God’s help or God’s favour for one issue or the other, but state quite clearly that “I don’t have time for preaching, just pray for me”. Prayer is important and of great benefit, but it is not meant to be a substitute for receiving the Word.

This week, let us consider how to receive the word of God in the light of the Scriptures.