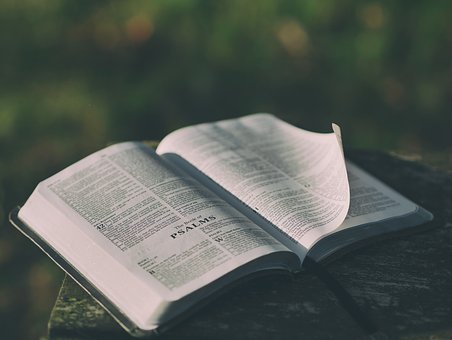 Receive the Word with Fear and Trembling

2 Corinthians 7
14 For if I have boasted anything to him of you, I am not ashamed; but as we spoke all things to you in truth, even so our boasting, which I made before Titus, is found to be truth.
15 And his inward affection is more abundant toward you, as he remembers the obedience of you all, how with fear and trembling you received him.

I once saw a play which tried to depict what life was like in a small town in the area that is now South-West Nigeria, back when the Oyo Empire was at its peak. The leader of this small town was a vassal of the Alaafin, the absolute monarch who ruled the Empire. In the course of the play, a messenger showed up in the court of this leader and announced he had a message from the Alaafin. Even though this messenger was a slave of low social status, everyone at court stood up to receive the message. They stood in fear and trembling of the word of the Alaafin.

The Old Testament records many instances of men and women responding in fear and trembling at God’s Word.

1 Samuel 16
4 And Samuel did that which the LORD spoke, and came to Bethlehem. And the elders of the town trembled at his coming, and said, Come you peaceably?

In the Old Testament, they stood in fear and trembling of the Word because they knew that Word could be spoken in instant judgement against them. Some in the New Testament believe those days are over, although Ananias and Sapphira would probably disagree.

In any case, our primary reason for receiving the Word of God with fear and trembling is not a foreboding of instant judgement, even though that is a possibility. Our primary concern is that we will receive the Word in vain, and that the Word will stand in judgement against us.

Acts 24
24 And after certain days, when Felix came with his wife Drusilla, who was a Jewess, he sent for Paul, and heard him concerning the faith in Christ.
25 And as he reasoned about righteousness, self-control, and judgment to come, Felix trembled, and answered, Go your way for this time; when I have a convenient time, I will call for you.

Hebrews 4
1 Let us therefore fear, lest, although a promise being left us of entering into his rest, any of you should seem to come short of it.
2 For unto us was the gospel preached, as well as unto them: but the word preached did not profit them, not being mixed with faith in them that heard it.

There is a danger we all face when we become too used to listening to the Word – the danger of no longer trembling at the Word of God. Do you remember when you just got saved, and sat in awe when you listened to men and women teach the Word? In our day, this danger seems to be amplified by an information overload. We get so much religious content on our phones and tablets via social media that we seem to have become numb – somewhat insensate – to God speaking to us simply.

Many times, the Lord seeks to chasten and correct us through His Word; with poor results, because we no longer tremble at the Word. A lot of gimmickry and show business that have pre-occupied some pulpits today is the result of preachers trying to catch the attention of believers who are no longer moved by the simple preaching of God’s Word.

Hebrews 2
1 Therefore we ought to give the more earnest heed to the things which we have heard, lest at any time we should let them slip.
2 For if the word spoken by angels was steadfast, and every transgression and disobedience received a just recompense of reward;
3 How shall we escape, if we neglect so great a salvation; which at the first began to be spoken by the Lord, and was confirmed unto us by them that heard him;

Hebrews 12
6 For whom the Lord loves he chastens, and scourges every son whom he receives.
8 But if you be without chastisement, of which all are partakers, then are you illegitimate children, and not sons.
9 Furthermore we have had fathers of our flesh who corrected us, and we gave them reverence: shall we not much rather be in subjection unto the Father of spirits, and live?