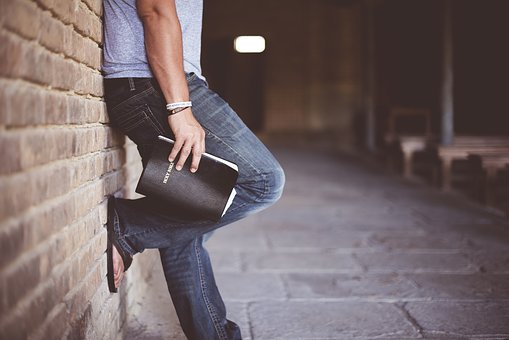 Be a Doer of the Word

Luke 11
27 And it came to pass, as he spoke these things, a certain woman of the crowd lifted up her voice, and said unto him, Blessed is the womb that bore you, and the breasts which you have nursed.
28 But he said, Yea rather, blessed are they that hear the word of God, and keep it.

What a privilege it was for Mary to have been the mother of Jesus! History records accounts of women like Delilah and Jezebel who were wicked, but Mary was chosen to be the mother of our Lord! Speaking by the Spirit of God, her older cousin Elizabeth, the mother of John the Baptist, calls her “blessed”.

Luke 1
41 And it came to pass, that, when Elizabeth heard the greeting of Mary, the babe leaped in her womb; and Elizabeth was filled with the Holy Spirit:
42 And she spoke out with a loud voice, and said, Blessed are you among women, and blessed is the fruit of your womb.

“A certain woman of the crowd”, who may or may not have known Mary, also calls her blessed. Jesus did not deny this, but goes on to make a very interesting statement – if you’re a hearer and a doer of the Word of God, you’re blessed over and beyond Mary.

James 1
21 Therefore put away all filthiness and extreme wickedness, and receive with meekness the engrafted word, which is able to save your souls.
22 But be you doers of the word, and not hearers only, deceiving your own selves.
23 For if any be a hearer of the word, and not a doer, he is like unto a man beholding his natural face in a mirror:
24 For he beholds himself, and goes his way, and immediately forgets what manner of man he was.
25 But whoever looks into the perfect law of liberty, and continues in it, he being not a forgetful hearer, but a doer of the work, this man shall be blessed in his deed.

There are many who receive the Word with meekness, with readiness of mind, with fear and trembling (as they rightly should), but the blessedness is in being a doer of the Word! The one who receives the Word but does not do it, is referred to as one who “deceives his own self”. The whole essence of receiving the Word is to obey the Word. The man who hears the Word, rejoices at it but does not obey it, is just as much in rebellion to the Word as the man who gathered a hostile crowd and chased the preacher out of town!

Think about it. If the government were to announce a new tax, there would be people who would commend them and those who would criticize them. Some may have a public demonstration supporting the idea, others may have one opposing it. Some would even take them to court challenging the legality of the tax. But at the end of the day, when it’s time to arrest those who have not paid the tax, they would not consider whether you were one of those who supported it or not. It wouldn’t matter if you’re one of those challenging the idea of the tax in court. The question at the end of the day is: “Have you paid the tax?” You may have been one of those who organized a public demonstration in support of the tax, perhaps at great cost to yourself, but if you don’t pay it you run the risk of being arrested.

In the same way, there is no other blessing available in our Christian experience which can substitute for obeying the Word. There is no blessedness from prayer and fasting, from having hands laid on you, from deep and intense worship, from preaching to other people, from being faithful in church attendance, from confessing the Word, from receiving a personal prophecy, etc. which can act as a substitute for the blessedness that comes from simply being obedient to the Word of God. The man or woman who enjoys the richest of spiritually sublime experiences of these other things, but is not a doer of the Word, is described as “deceiving his own self”.

The devil has given some in our day an awkward substitute for being doers of the Word. He doesn’t call it disobedience, he calls it “using wisdom”.

John 13
17 If you know these things, blessed are you if you do them.