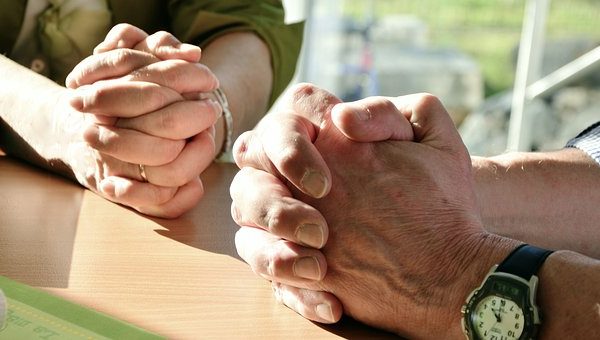 The Bible tells us to be strong in the Lord and the power of His might. We are engaged in warfare and we ought to know the nature of this warfare. The same passage tells us further in its rendering to put on the whole armour of God so that we can stand against the wiles of the devil. In our warfare we wrestle not against flesh and blood, but against principalities, powers, rulers of the darkness of this world and spiritual wickedness in high places, all of which constitute the hierarchical structure of the kingdom of darkness. Apostle Paul tells us what we should do in order to be effective in our prayers. We are to put on the whole armour of God so that we may be able to withstand the evil day and having done all to stand; we should stand our ground by retaining our battle stance.

James 4
7 Therefore submit to God. Resist the devil and he will flee from you.

It is the same person who submits to God who is to resist the devil, which means that we have been empowered to do so. The real enemy we face is our ignorance. Our ignorance of God’s prescribed way of doing things.

Hosea 4
6 My people are destroyed for lack of knowledge…

We are told to submit to God in the book of James. To submit to someone is to do what that person tells you. So, to submit to what Jesus said, is to submit to the fact that He has given us authority over the devil and his cohorts.

1 Peter 5
8 Be sober, be vigilant; because your adversary the devil walks about like a roaring lion, seeking whom he may devour.
9 Resist him, steadfast in the faith, knowing that the same sufferings are experienced by your brotherhood in the world.

In verse 8, the devil is described as a roaring lion seeking whom he may devour. In verse 9, we are told to resist the devil. How do we do that? We are told by being steadfast in faith! Although the Bible mentions ‘wrestle’, it doesn’t mean fighting the devil. You have to look at it properly within the context of scriptures. There have been instances where people who’ve wanted to pull down demonic strongholds and have thought that they were located physically here on earth, so they have gone as far as flying in the air to pull down these strongholds. How incredible!

The Bible makes it clear that strongholds are in the mind. So, in order to resist the devil, let him know where he stands, that is, defeated. I’ve already shown two scriptures or witnesses as to what we are to do to the devil. The devil gains more ground when people advertise on his behalf by singing his praises as they declare how terrible he has been.