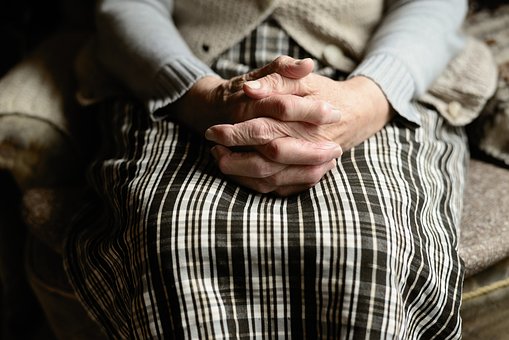 Revelation 2
12 “And to the angel of the church in Pergamos write,
‘These things says He who has the sharp two-edged sword:
13 “I know your works, and where you dwell, where Satan’s throne is. And you hold fast to My name, and did not deny My faith even in the days in which Antipas was My faithful martyr, who was killed among you, where Satan dwells.
14 But I have a few things against you, because you have there those who hold the doctrine of Balaam, who taught Balak to put a stumbling block before the children of Israel, to eat things sacrificed to idols, and to commit sexual immorality.

We see Jesus talking to the church at Pergamos and telling them that their church was located where Satan had his dwelling; where he had his throne. If people were told that today, it would probably send them into some sort of spiritual frenzy. Take note that Jesus didn’t put much emphasis on Satan’s presence, but rather he focused on His own message, telling them to hold fast to His name and not to deny his faith. The devil is already defeated, but he wants to deceive people that he is not. Speak to him as one who is defeated in the name of Jesus.

Having given you witnesses from James and Peter, let’s also look at Paul.

We are told not to give place to the devil. If the devil gets a place, it means that you gave it to him! Having authority over the devil means that you can make him do what he does not want to do e.g. over your finances, health etc., by commanding him to take his hands off of your affairs in Jesus’ name!

Jesus taught us what to do against the devil. We are to command him in the name of Jesus. Anytime you see anyone in any way trying to bring embarrassment to the gospel, it is the devil behind it; resist him.

When I was praying about Nigeria recently, the Lord told me that we need help in this country, which is pretty obvious. But he then asked me if I had been praying for the Sultan of Sokoto (a traditional ruler and the head of Muslims in Nigeria) as well as some other traditional rulers. I realized that I had not.

1 Timothy 2
1 Therefore I exhort first of all that supplications, prayers, intercessions, and giving of thanks be made for all men,
2 for kings and all who are in authority, that we may lead a quiet and peaceable life in all godliness and reverence.

Let’s stop being political in our prayers, Jesus knows how to handle the political terrain far better than any politician. People usually criticize and berate those in government, but how often do we pray for them? Emperor Nero was the ruler of Rome when Paul wrote 1 Timothy 2:1-2. Yet, he was one of the most wicked Roman rulers ever. He persecuted and killed Christians relentlessly during his reign. Yet Paul, instructs the Christians of his day to pray for him in accordance with God’s will.

Brethren, if a medical doctor were to prescribe medication for an unwell patient and instruct him on how to use it, it would be unwise for the patient to disregard the doctor’s instructions by going to purchase entirely different medication and using it however he pleases. He will not achieve his desired result of bodily wellbeing, because he has acted contrary to the doctor’s prescription and expert counsel.

As intelligent believers, in our personal lives let us follow God’s expert prescription regarding prayer, rather than our own counsel. For, if we do what the Bible tells us to do, then we’ll get the results it says we will have as we busy ourselves doing business with God in prayer.