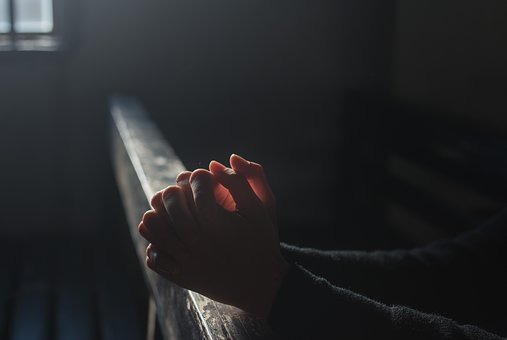 Prayer forms such an integral part of our culture in Nigeria that it is common to find a whole spectrum of people drawn from varied socio-economic groups actively engaged in one form of prayer or another on a regular basis. But against such an entrenched and widespread cultural background of prayer, it is so easy to develop a skewed concept of prayer which does not line up with God’s biblically prescribed way on how prayer should be undertaken.

To demonstrate this fact, several years back, I was at a friend’s wedding ceremony in Lagos and a number of elderly relatives of the newly married couple were called upon to pray for them. This was at a time when most of our parents had not yet become born again. I remember that the common thread of their prayers was negative and focussed entirely on reciting a list of the most heinous and calamitous things that they did not wish to befall the couple. When the proper prayer focus, at such an occasion, ought to have been centred on the pronouncement of God’s rich blessings upon the newly wedded couple. In our society, it is not uncommon for people to bring this negative perspective with them into Christianity when they become born again.

As a Christian minister, I have observed over time that many Christians will do just about anything, such as fast, pray and give alms to the poor etc., except believe God. This approach stems from the fact that people do not really know what God has already done for them through the redemptive work of Jesus. Consequently, they will pray and completely ignore the word of God as they do so.

Let’s take a look at our country, Nigeria, for example. We pray so much these days in this country and yet things are as bad as they are. Different people have told me on varied occasions that if it were not for prayers, we won’t even have the level of development that we have today in Nigeria. I often respond by telling them that there are countries across the world, with which we were, in development terms, on the same level in the 1960s. But they have now left us so far behind and yet they do not believe in prayers like we do. Malaysia and Singapore are examples of such countries. The point I’m making is that if we really are praying according to God’s prescribed pattern, then we really should see results that are commensurate with our prayer requests. Prayer in essence, is the act of effectively doing business with God. It is the act of connecting with Him on an intimate level. However, I should point out that in Nigeria, unlike many other countries, there is a high level of ‘God consciousness’ which is a positive and commendable feature of our national life.

Basically, prayer is moving the hand of God to influence things in the world. Jesus is interceding at the right hand of the Father for us and we are the ones that are expected to bring those answers into the world. It is incredible that people believe so much more in prayers than in God Himself. Going through the scriptures, you won’t see any record of Jesus praying for any one in public except at Lazarus’ tomb. You would also observe the same with the Apostles, except for where Peter prayed for Dorcas. The usual trend was that they just issued commands to effect their will in a given situation.

The bulk of the Apostles’ prayers weren’t said in church. The same is true of Jesus as well. His prayers were undertaken in private moments as a part of his personal life. Jesus would pray all night and also rise up a great while before dawn. If we would follow the pattern the Bible is showing us, we will be blessed tremendously.