August 27, 2019 by site_admin Praise: The Way to Have More Than Enough 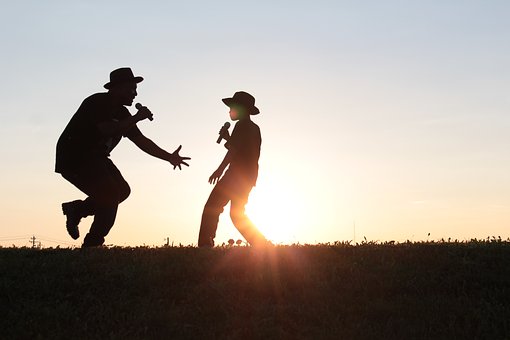 The Lord once spoke to me and said, “If people will spend at least 30 minutes a day praising and ministering to Me, having their focus on Me (instead of on their problems), then they will see those problems of long continuance (or long standing) which they have had, all wiped out and replaced with blessings.” Many people have prayed and prayed. They’ve prayed it backwards, forwards, sideways, and prayed it every way they can, all to no avail. Well it’s now time to pray AND praise!

The Spoils of Praise

2 Chronicles 20 (NKJV)
23 For the people of Ammon and Moab stood up against the inhabitants of Mount Seir to utterly kill and destroy them. And when they had made an end of the inhabitants of Seir, they helped to destroy one another.
24 So when Judah came to a place overlooking the wilderness, they looked toward the multitude; and there were their dead bodies, fallen on the earth. No one had escaped.

They killed each other, Judah did not have to unsheathe a sword to fight that day. Think about that, the last two guys had to kill each other simultaneously. These countries lost their armies that day, with no casualties on Judah’s side. What a way to win a battle; when the Lord fights for you, He does it in style! You may not know how He is going to do it, but He will.

2 Chronicles 20 (NKJV)
25 When Jehoshaphat and his people came to take away their spoil, they found among them an abundance of valuables on the dead bodies, and precious jewelry, which they stripped off for themselves, more than they could carry away; and they were three days gathering the spoil because there was so much.

In other words, when the Lord told Judah to go out against the armies, what He actually had in mind was not for them to fight, but for them to go out and gather the spoil – more than they could carry! Praise had released the power of God for victory, and His superabundant blessings!