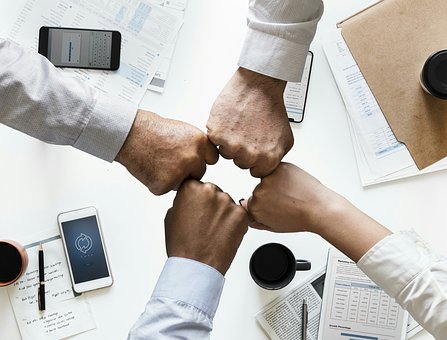 Where or What is The Kingdom of God?

The Greek word for kingdom in the New Testament is basileia. It is derived from basileus, which means king. Basileia means sovereignty, royal power, dominion, and kingly authority – the activity of ruling. It does not mean the country or people ruled by a king.

The term “kingdom” is understood as dynamic in nature and refers primarily to the rule or reign of a king. It is seldom used in a static sense to refer to a territory. It would therefore be okay to translate the expression “kingdom of God” as the “rule of God.” Many people think of the kingdom of God as heaven or as the church alone. However, the kingdom of God includes both terms but more significantly it’s the sphere of His influence. Since God is eternal, His kingdom is eternal. The Kingdom of God transcends time and space.

Colossians 1 (NKJV)
13 He has delivered us from the power of darkness and conveyed us into the kingdom of the Son of His love,

When God created Adam, He gave him dominion (kingdom authority) on earth. Although he lost it to Satan who then became the god of this world by yielding to his temptation, Satan took over Adam’s kingdom (earth). Remember our definition of kingdom? Satan’s sphere of influence became operative on earth which has death, sickness, lack and all that’s evil. Jesus is called the second Adam who came to restore the dominion and authority of humanity.

The last Adam became a life-giving spirit. However, the lease Adam transferred to Satan still subsists until after its expiration when Satan’s influence would be completely expunged. Hence the phrase for believers, “we are in the world (which is under satanic dominion) but not of the world (i.e. we are under Christ’s dominion or kingdom)”. Believers in this world are already under the dominion of Christ!

Understanding the Kingdom of God ought to leave us with a sense of urgency to tell others about Christ.

Acts 17
30 Truly, these times of ignorance God overlooked, but now commands all men everywhere to repent,
31 because He has appointed a day on which He will judge the world in righteousness by the Man whom He has ordained. He has given assurance of this to all by raising Him from the dead.

God’s patience with humanity will not last forever and at some point, Christ will return. His second coming will not be to redeem, but to judge. Since we do not know the day or time, we are to bring people into the kingdom of God through salvation in Christ delivering them from the kingdom of darkness and eternal damnation in hell!