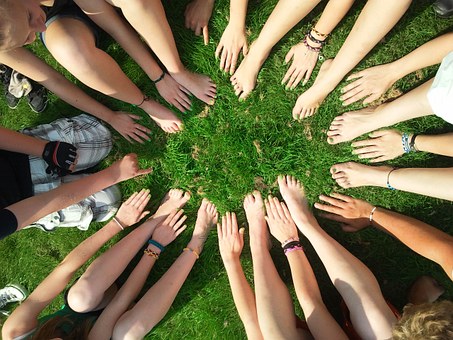 The King of the Kingdom

The translation of the Greek word used in the New Testament for kingdom “basileia” is sovereignty, royal power, dominion, kingly authority – the activity of ruling. It is quite clear that the kingdom of God derives its identity from God who is its sovereign King, Omnipotent, Omniscient and Omnipresent. The Old Testament saints had glimpses of the glory of the King and trembled.

Exodus 19 (NKJV)
16 Then it came to pass on the third day, in the morning, that there were thunderings and lightnings, and a thick cloud on the mountain; and the sound of the trumpet was very loud, so that all the people who were in the camp trembled.

In the New Testament, words failed in describing accurately what the saints saw of his glory.

Revelation 1 (AMP)
13 and in the midst of the lampstands I saw someone like the Son of Man, dressed in a robe reaching to His feet, and with a golden sash wrapped around His chest.
14 His head and His hair were white like white wool, [glistening white] like snow; and His [all-seeing] eyes were [flashing] like a flame of fire [piercing into my being].
15 His feet were like burnished [white-hot] bronze, refined in a furnace, and His voice was [powerful] like the sound of many waters.
16 In His right hand He held seven stars, and from His mouth came a sharp two-edged sword [of judgment]; and His face [reflecting His majesty and the Shekinah glory] was like the sun shining in [all] its power [at midday].
17 When I saw Him, I fell at His feet as though dead. And He placed His right hand on me and said, “Do not be afraid; I am the First and the Last [absolute Deity, the Son of God],

Since the kingdom’s existence, regulations and value system emanate from the King, it makes a whole lot of sense to get to know the King and His attributes as these will shed more light on things which He’ll be predisposed towards. It’s also pertinent to point out at this juncture that the King is the one who’ll reward the saints at the end of it all. Since His kingdom is everlasting and the rewards as well, it would be wise to be more focused on things of eternal value than ephemeral and mundane things which have become a distraction to many believers.

It’s not about what we want per se when it comes to the bigger picture; it’s about what the King has set as the priority in His kingdom. You don’t sit for an exam and award yourself marks based on what you like, that would be quite absurd and impractical. At times a few believers seem to be doing just that, if it feels good to them or it’s popular, then it must be OK! The kingdom derives its standards from the attributes and priorities of the King.