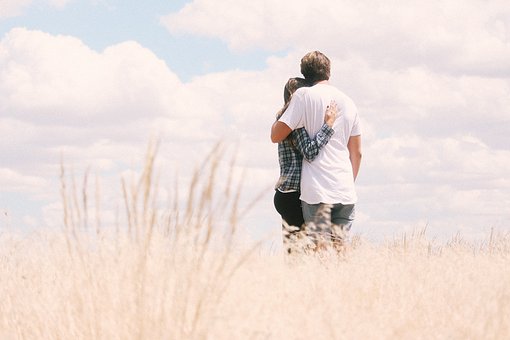 Attributes of the King

We definitely cannot do justice in describing an Infinite Being in a few sentences but we’ll look briefly and remind ourselves of some of the King’s attributes which are all interwoven and actually inseparable. They’ll however inform or remind us of what is expected in His kingdom.

A. He Is Infinite – He Is Self-Existing (Without Origin)

Colossians 1 (NKJV)
17 And He is before all things, and in Him all things consist.

The name Jehovah is the personal covenant name of Israel’s God. In the KJV, it is translated Lord God. It speaks of God’s strength, but also speaks of His sovereignty and goodness. The root of this name means “self-existing”, “One Who never came into being”, and “One Who always will be”. Moses asked God, “Who shall I tell Pharaoh has sent me?” God said, “I AM THAT I AM.” Jehovah or Yahweh is the most sacred name to Jewish scribes and many will not even pronounce the name. When possible, they use another name. As believers we call him Father, but that does not eliminate the aspect of reverencing him. In conclusion, His kingdom doesn’t require validation from any group or individual, whether people believe in it or not doesn’t validate it.

B. He Is Immutable – He Never Changes

Malachi 3 (NKJV)
6 For I am the Lord, I change not… Hebrews 13 (NKJV)
8 Jesus Christ, the same yesterday, and today and forever.

God does not change. His attributes are the same throughout time and eternity. His character never changes – he never gets “better” or “worse.” His plans and promises do not change, we are the ones who align or not.

Numbers 23 (NKJV)
19 “God is not a man, that He should lie,
Nor a son of man, that He should repent… Hebrews 6 (NKJV)
17 Thus God, determining to show more abundantly to the heirs of promise the immutability of His counsel, confirmed it by an oath,
18 that by two immutable things, in which it is impossible for God to lie, we might have strong consolation, who have fled for refuge to lay hold of the hope set before us.

The two immutable things with which God took an oath are Himself and His word. So, all He’s said about His kingdom has not changed, is not changing and will not change!

C. God Is Holy – He is Infinitely, Unchangingly Perfect.

The word “holy” means sacred, set apart, revered, or divine and yet none of these words is adequate to describe the awesome holiness of our God. Of all the attributes of God, holiness is the one that most uniquely describes Him. It is a summation of all His other attributes. The word holiness refers to His separateness, His distinctiveness, His uniqueness. It indicates His complete and infinite perfection. Holiness is the attribute of God that binds all the others together. Essentially, God’s holiness must be revealed to us by the Holy Spirit. Our physical senses are cannot comprehend it. Even the angels in heaven are consistently being awed by it.

Since God’s first concern for His universe is its moral health, that is, its holiness; whatever is contrary to this is necessarily under His eternal displeasure. To preserve His creation God must destroy whatever would destroy it. When He arises to put down iniquity and save the world from irreparable moral collapse, He is said to be angry. Every wrathful judgment in the history of the world has been a holy act of preservation. The holiness of God, the wrath of God, and the health of the creation are inseparably united. God’s wrath is His utter intolerance of whatever degrades and destroys.

Thankfully, the Christian will never have to experience God’s holy wrath poured out. Through Christ’s sacrifice, the penalty for our sins was paid and we were imputed (credited) with Christ’s righteousness. Now, when God sees us, He sees Christ’s perfect holiness. Hallelujah! It is only in this that we hope to stand in the presence of the blindingly pure, perfect, Holy One of Israel. We can clearly see that without Christ no man can see, talk less of entering the Kingdom!