August 8, 2019 by site_admin Lessons from Joseph 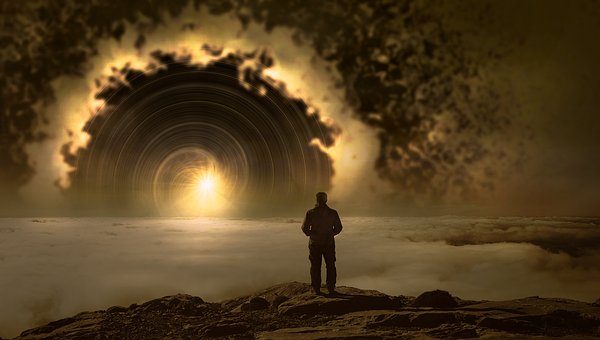 Joseph’s Secret: The Presence of God

Again and again we read in Joseph’s story that “God was with him.” Ultimately, Joseph’s secret was the presence of God.

Acts 7 (NKJV)
9 “And the patriarchs, becoming envious, sold Joseph into Egypt. But God was with him 10 and delivered him out of all his troubles, and gave him favor and wisdom in the presence of Pharaoh, king of Egypt; and he made him governor over Egypt and all his house.

What would make Joseph, a young man in his late teens and twenties stand so steadfast? He knew God. For us today, a personal relationship with Jesus must lead us to a revelation of who we are in Christ. Because “when you really know who you are, you will never give in and settle to become what you are not!” Why would a slave and a prisoner serve with such excellence? Because he knew who he was and he had a vision of where he was headed!

Today we have God IN us and because He is IN us, He is also WITH us. God is IN us, WITH us and FOR us, therefore we must prosper! Things may go from bad to worse to impossible, but everywhere I go I must prosper and succeed because God is with me! No matter who hurt or disappointed us, or even what we ourselves have done to bring about our pain and problems, we alone determine where we go from here. If we will determine to know God, love Him, obey Him and pursue His presence, it will be said of us too, that “All hell broke loose BUT GOD WAS WITH THEM!”

You may be unemployed, homeless, rejected, betrayed, orphaned, widowed, BUT THE LORD IS WITH YOU! Anything may have happened to you, BUT THE LORD IS WITH YOU! If a slave and prisoner can be described by God as prosperous and successful and be put in charge of everyone else, then you and I have no excuse. And the blessing of God will not only be on you but on everyone around you, including those whom you serve or for whom you work.

When you pursue the presence of God, that’s when you produce the kind of fruit that Joseph did. Where else but in His presence, will you find peace and joy in the midst of terrible circumstances? That’s where you are empowered to live a life consistent with God’s Word; go through trials with faith, joy and courage; and maintain an eternal perspective on things. It’s in God’s presence that you are able to see past your current trouble and get to see prophetically into the future – that’s what Joseph saw and why he asked for his bones to be carried out of Egypt.

Also, in His presence is where you lose your natural selfishness and grow to care more about others. It’s no longer all about you and what THEY did to you. You stop using your troubles as an excuse to have a sense of entitlement. All you hear from many people is “I was treated wrong, nobody has helped me! I am poor; you should give to me and take care of me!” It’s a sense of entitlement that makes you talk and act like everybody owes you something. Yes, you have problems, but in your pain/lack you can still be productive and a blessing to others like Joseph was. Nobody owes you anything – look to God for everything!