August 1, 2019 by site_admin Lessons from Joseph 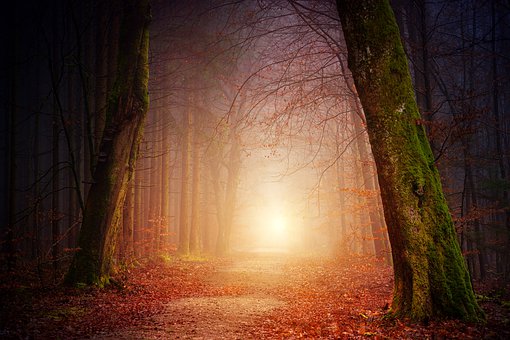 It’s one thing to read or hear a nice inspiring teaching on Joseph, but it’s another thing to put it into practice. I don’t just want to be inspired here or in church. I still have to go home and face my problems, thoughts, fears, family, foes, and troubled relationships.

Satan guarantees that there will be dream killers like Joseph’s brothers, strategically placed along our paths to kill our dreams. But God is greater than any dream killer and will bring us through to victory!

Pass the Test, Enter the Rest!
Joseph had tests to pass and so do we. Life indeed is a series of tests – such as tests of forgiveness, bitterness, sex, money, integrity, honour, and faithfulness.

Psalms 105 (NLT)
17 Then he sent someone to Egypt ahead of them—
Joseph, who was sold as a slave.
18 They bruised his feet with fetters
and placed his neck in an iron collar.
19 Until the time came to fulfill his dreams,
the Lord tested Joseph’s character.

Psalms 105 (NRSV)
17 he had sent a man ahead of them,
Joseph, who was sold as a slave.
18 His feet were hurt with fetters,
his neck was put in a collar of iron;
19 until what he had said came to pass,
the word of the Lord kept testing him.

The word of the Lord will keep testing us too, testing our character. What will your passing grade be on your tests? How have you been doing thus far? Are you passing with flying colours, barely sailing through, or failing woefully? Thank God He allows us to keep taking our tests until we pass them! To go from the pit to the prison, and from the prison to the palace, first we must praise through the pain and pass the tests.

Fight with the Word
We all want a spectacular finish, to end up blessed, victorious and prosperous like Joseph did. We all want the ‘suddenlys’ of the palace promotion, but will we praise through the pit and the prison while we wait?

To pass the tests and enter the rest, we’re going to have to fight with the Word of God. The written Word and the revealed word that God has specifically spoken and ministered to us.

This is how we go from inspiration to transformation. After we’ve been inspired, then we must fight with the Word to experience transformation in our lives. The thoughts, the fear, the hopelessness, the pain are all waiting to press in on us again and again. That’s why we must fight them all off with the Word – Read it, meditate it, speak it, till we believe it and live it!

Genesis 41 (NKJV)
1 Then it came to pass, at the end of two full years, that Pharaoh had a dream;…
38 And Pharaoh said to his servants, “Can we find such a one as this, a man in whom is the Spirit of God?”
39 Then Pharaoh said to Joseph, “Inasmuch as God has shown you all this, there is no one as discerning and wise as you.
40 You shall be over my house, and all my people shall be ruled according to your word; only in regard to the throne will I be greater than you.”
41 And Pharaoh said to Joseph, “See, I have set you over all the land of Egypt.”
42 Then Pharaoh took his signet ring off his hand and put it on Joseph’s hand; and he clothed him in garments of fine linen and put a gold chain around his neck.
43 And he had him ride in the second chariot which he had; and they cried out before him, “Bow the knee!” So he set him over all the land of Egypt.
44 Pharaoh also said to Joseph, “I am Pharaoh, and without your consent no man may lift his hand or foot in all the land of Egypt.”…
46 Joseph was thirty years old when he stood before Pharaoh king of Egypt.

Finally! Suddenly! One day! Unexpectedly, one ordinary day in prison, everything changed and he was delivered and promoted. The butler he’d asked to help him but who forgot him for two full years, suddenly remembered Joseph. Many of us have been forgotten, neglected, by those who had promised to do something for us. Are you ready for a one day supernatural turnaround of your circumstances, a one day visitation from God?! But there is a preparation for your turnaround and that’s what you must remember. Notice that there were many people in prison that day, but only Joseph was called out and promoted. Just wanting it to happen didn’t make it happen for him and won’t make it happen for you. He paid the price of preparation for the sudden promotion and so must you.