August 7, 2019 by site_admin Lessons from Joseph 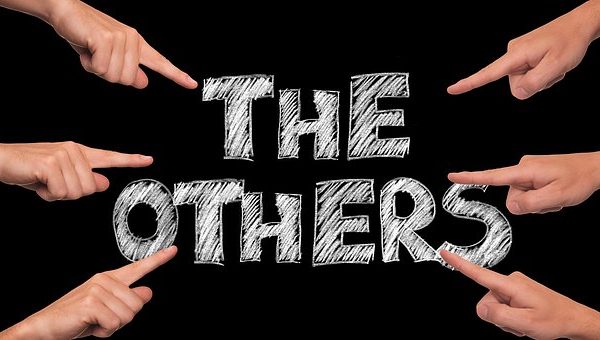 When life becomes painful, unlike Joseph, many of us take God out of the equation of our circumstances and focus on others whom we believe are responsible for our problems. We start the blame game. So we pray, fight and struggle for a temporary solution to the problem rather than learning the lessons and developing our spiritual muscles.

What circumstances are you in right now, and who are you blaming? Your parents, spouse, children, relatives, the government, or the ubiquitous “enemies” – the favourite scapegoats of the African Christian?! When we start to feel the stress and the strain, that’s when we are most prone to blame. We start to fight the people around us. Don’t start to attack them with your mouth and attitude so that you can experience the power of God in your life.

When you blame others that means you have refused to take responsibility for what you can control. Yes, you may not be responsible for the bad choices and evil actions of others, but you are responsible for how you choose to respond to their actions and what you do next. Remember how Joseph responded to all the wrong that was done to him and his choice to continue to do right regardless. For example, you may be homeless or unemployed, but you don’t have to become a thief, armed robber or prostitute to meet your needs.

Joyce Meyer’s life is in sharp contrast to her brother’s. Growing up with their parents, his life was much better than Joyce’s. He wasn’t raped at least once a week by their father like she was, and he could do as he pleased. He however grew up to become an addict, was irresponsible and refused to take care of his children. Joyce did what she could to help him repeatedly over the years. At one point she brought him as a grown adult (he was already divorced and had children) to live with her and her husband Dave. He got saved, stopped using drugs and alcohol and they even employed him in their ministry.

After a couple of years of living with them, they got him his own apartment and helped him get established again on his own. He soon went back to his addictions, stopped working and started demanding money from Joyce. Again she tried to get him into Christian rehab treatment centres but he never stayed long enough to be free. He always blamed Joyce and others for his problems, he had a sense of entitlement and would never take responsibility for his choices.

Sometime later the police contacted Joyce to inform her that they had found a badly decomposed body in an abandoned building in another state. The only way they were able to identify his remains was from his staff ID card from when he had worked as an employee at Joyce Meyer Ministries. Imagine that! Two people from the same home. One so terribly treated ends up the head of a worldwide ministry and the other winds up homeless and dead in an abandoned building!

Regardless of what others did or how we got where we are, you and I really are responsible for the choices we make thereafter. We can control our choices, responses, attitude, and actions. Here are a few scriptures that teach us not to blame others and stress the importance of taking personal responsibility.

Leviticus 5 (NIV)
5 When anyone becomes aware that they are guilty in any of these matters, they must confess in what way they have sinned.

Psalm 32 (NLT)
3 When I refused to confess my sin, my body wasted away, and I groaned all day long.
4 Day and night your hand of discipline was heavy on me. My strength evaporated like water in the summer heat.
5 Finally, I confessed all my sins to you and stopped trying to hide my guilt. I said to myself, “I will confess my rebellion to the Lord.” And you forgave me! All my guilt is gone.

Hosea 4 (NLT)
4 Don’t point your finger at someone else and try to pass the blame! My complaint, you priests, is with you.

Jude (GNT)
16 These people are always grumbling and blaming others; they follow their own evil desires; they brag about themselves and flatter others in order to get their own way.