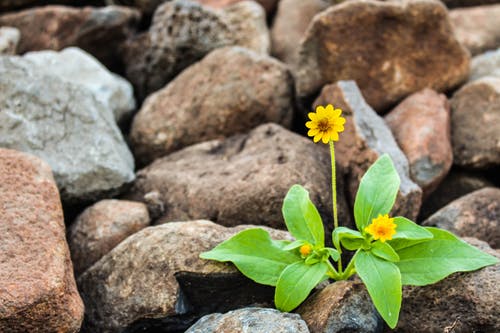 Ever been there where life seems to deal you more than your fair share of problems? It’s like you are not just thrown once but a number of times under the bus and steam rolled over! Many times, people will wring their hands in frustration and say “life is not fair”. Well, life may not be fair but God is faithful.

A certain father found himself in such a situation. He was desperate, bewildered and full of questions; probably asking, “Why me? Why is my son the one that can’t attend school and be normal like everyone else’s? Why is he a lunatic? Why is he an uncontrollable maniac?” This was the plight of this concerned father in the ninth chapter of Mark’s Gospel.

Mark 9 (NKJV)
17 Then one of the crowd answered and said, “Teacher, I brought You my son, who has a mute spirit.
18 And wherever it seizes him, it throws him down; he foams at the mouth, gnashes his teeth, and becomes rigid. So I spoke to Your disciples, that they should cast it out, but they could not.”

Imagine the years of torment, anguish, shame and sorrow of heart that this father had to endure. Imagine his inner turmoil. Imagine his string of agonizing internal questions, for which, no satisfactory answers could be found. At last, he hears about the Master, Jesus, the Son of God, and the multitude of healings, miracles and deliverance that He brings to the sick and needy. So, he sets out to meet Jesus. On arrival, Jesus is not there, so he hands his precious son over to His disciples to deliver him of his affliction. But Jesus’ disciples are unable to deliver him. He probably wonders, “Is this my lot in life? ” Is this how my son will have to remain for the rest of his life? ”

Just about that time, Jesus shows up and inquires what the matter is. The father tells Him how difficult the case is and how His disciples had been unsuccessful in setting this lad free.

Mark 9 (NKJV)
19 He answered him and said, “O faithless generation, how long shall I be with you? How long shall I bear with you? Bring him to Me.”
20 Then they brought him to Him. And when he saw Him, immediately the spirit convulsed him, and he fell on the ground and wallowed, foaming at the mouth.
21 So He asked his father, “How long has this been happening to him?” And he said, “From childhood.
22 And often he has thrown him both into the fire and into the water to destroy him…

The devil is really a bad devil! What would this little boy have done to bring this on himself? Absolutely nothing! He was too young to have done anything deserving of such an outcome. How about the parents? We are not told if they may or may not have done anything deserving of such an outcome. The Bible does not say anything to this effect. The simple truth is that the ravages of sin and Satan are everywhere and if it had been necessary to probe further to find out the root cause of the problem, Jesus would have addressed that issue.