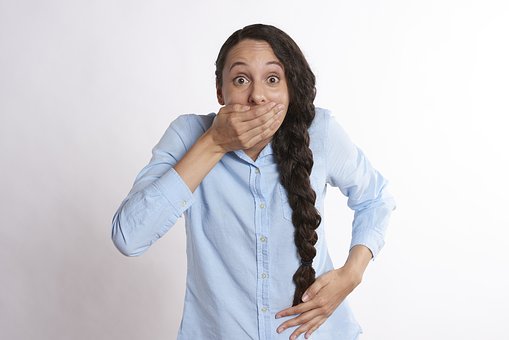 God’s ways are not complicated. They are simply higher and better than ours. Zacharias had numerous examples of individuals whom he could have drawn inspiration from during his period of testing and trial. Individuals who had been through a similar experience to what he and his wife were facing. But they chose to trust God for their victory and He came through for them. Before his time, there was Abraham and Sarah, Jacob and Rachel, Samson’s parents, Hannah and others too. Despite all this, he still questions the authenticity and accuracy of Angel Gabriel’s message. He gives excuses about his and his wife, Elizabeth’s, advanced years.

Luke 1
18 And Zacharias said to the angel, “How shall I know this? For I am an old man, and my wife is well advanced in years.”

He is not about to believe the angel’s words. So, he is promptly reined in, and his ability to speak is taken away from him until God’s promise is fulfilled in his and his wife’s life.

Six months down the line, in the little Galilean town of Nazareth, Angel Gabriel is once again sent to deliver a similar message to a young unmarried virgin maiden. He informs her that not only is she going to become pregnant, but that it will occur in a miraculous way that will not involve a man in the process of conception. And after the completion of her term, she will give birth to a baby boy. On getting this incredible news, she asks the angel a simple question, ‘how could she cooperate with God’s divine plan’? The Angel then explains to her how she can do so. Her response is so different from Zacharias. She affirms:

Mary, in her case, had no one in history before her, who had been given such a message, or who had been in her shoes from whom she could draw inspiration. Nonetheless, rather admirably she chose to believe the promise of God to her.

Believing God requires no action on the part of the intellect but of the heart. It is simply a choice that we either choose to make or not make.

Here we have Zacharias who could be described as an ancient hand in the sanctuary; who knew the Lord and was familiar with his ways for a whole lot longer than Mary, who was simply a young single girl. She hadn’t had all the years of experience that Zacharias had in the things of God. Yet she believes and receives the Angel’s message readily and gladly. The Angel’s message to her sounded so far-fetched that there was no one and nothing she could reference it to. Yet she believed it.

The passage of time, or years in the Lord, does not automatically translate to growth or spiritual development. These depend largely on the choices you make or have made in your walk with the Lord.