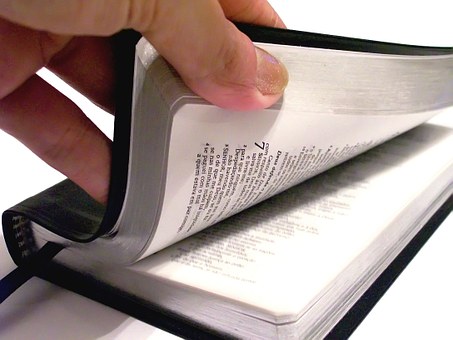 Like I said yesterday, the worst kind of pride is the one that presents like humility. You are lifted up in your heart but act like you are not. Many Christians know that pride is not a godly attribute so we are more likely to be in this final category – where we are proud but pretend we are not.

Pride and the love of God do not go together because God is love. God does not have love, He is love (1 John 4:8). So when you begin to walk in pride, you are automatically walking away from God.

Parading yourself or being puffed up is another way of saying – “you are proud”. I said pride is a devilish attitude so isn’t it interesting that when the serpent pointed out the benefits of eating the fruit to the woman and showed her how it would make her look good and become smart; he was actually making her like him! Once the man and woman had been tricked into focusing on self and had unwittingly embraced pride, they now looked more like the devil on the inside than God. And once they had eaten the fruit, they learnt something else too. The glory of God that had covered them previously was removed and they suddenly found out they were now naked. They were for the very first time since creation full of fear – they were afraid and they realized they had been tricked.

Genesis 3 (NKJV )
10 So he said, “I heard Your voice in the garden, and I was afraid because I was naked; and I hid myself.

To be afraid is to be full of fear and it was an emotion the man and his wife had never experienced before; in fact this was the first time we see fear in the bible. All they had ever felt in God’s presence was love, joy and peace but not anymore so they hid themselves.

Let me now show you what got the devil kicked out of heaven. For those who do not know, the devil or Satan used to be an angel in heaven. His name was Lucifer and he was beautiful and was an archangel (a special class of angel) but he did something that was so bad he had to be kicked out of heaven with one third of the angels who he led in rebellion against God. What exactly did he do that was so bad?

Isaiah 14 (NKJV)
12 “How you are fallen from heaven,
O Lucifer, son of the morning!
How you are cut down to the ground,
You who weakened the nations!
13 For you have said in your heart:
‘ I will ascend into heaven,
I will exalt my throne above the stars of God;
I will also sit on the mount of the congregation
On the farthest sides of the north;
14 I will ascend above the heights of the clouds,
I will be like the Most High.’


Lucifer became lifted up in his heart and began to say in his heart – “I will be greater than God, I will ascend to his throne…” So, I ask you again – what did Lucifer do that was so bad? Well, he became full of pride and began to say in his heart (he didn’t even say it out loud) – “Look at me! See how good I look! Just like God… so I’m going to ascend and sit on his throne…” And God heard what he said in his heart (God hears what you say in your heart) and kicked him out of heaven along with one third of the angels he had corrupted. He became Satan and they became demons.

So, that’s all Satan did. He became lifted up in his heart.

Watch out and fight pride with all you have or else that plane will drop out of the sky… and crash.