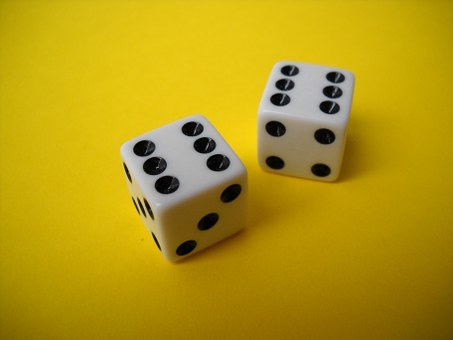 We will be dealing with something that Christians sometimes struggle with and I call them the deadly twins – Doubt and Pride. Whenever you see either of these two, know the devil wants to rob you but when you see the two together know that the devil is set to destroy!

We are going to go to the Book of beginnings – Genesis and see how these two work.

Genesis 3 (NKJV)
Now the serpent was more cunning than any beast of the field which the Lord God had made. And he said to the woman, Has God indeed said, ‘You shall not eat of every tree of the garden?

Here we are introduced to the serpent (the devil) and the woman for the very first time. And here is when doubt was first introduced. The devil – ever cunning and subtle – knew he had to tread with caution so he introduced a question, “Can you trust God or what He says?” That was all he had do…

Doubt is a feeling of uncertainty or a lack of conviction and once it is introduced, we lose the plot because everything is now questionable. And the devil still asks believers what he asked the woman today, “Can you trust God or what He says?”

The woman answered the devil (I don’t know if it was because she didn’t know that snakes don’t talk) but anyway she began this conversation with the serpent who the devil was using to do his job.

And the woman said to the serpent:

So the woman went on to tell the devil about her understanding of what God had said, never suspecting she was being set up.

Genesis 3 (NKJV)
4 Then the serpent said to the woman, “You will not surely die.
5 For God knows that in the day you eat of it your eyes will be opened, and you will be like God, knowing good and evil.

In other words the devil was saying, ‘You can’t trust God’ and whilst driving in this seed of doubt and he ever so subtly went on to introduce the woman to the other twin!

Genesis 3 (NKJV)
6 So when the woman saw that the tree was good for food, that it was pleasant to the eyes, and a tree desirable to make one wise, she took of its fruit and ate. She also gave to her husband with her, and he ate.

Until the devil began to speak to her, she had never seen that the tree had any admirable qualities but now she saw that the tree could feed her, that it looked good and would make her look good; and suddenly the tree had new appeal. It appealed to self – how she perceived herself and how she wanted to be perceived; and just like that pride was born.

Pride is a consciousness of one’s own dignity, ego, self-worth, self-image, self-identity… and the list goes on. Pride is always about self; it’s always about me.

And Doubt and Pride make sure you don’t get the blessing and we see (as we continue to read the rest of Genesis 3) what happened to man once these two came on the scene; God had to press the reset button.

Pastor Taiwo Akinyemi is a teacher of the Word who has a passion to see God’s people flourish in the Word. Along side her husband, she pastors The Master’s Court in Nairobi, Kenya, where she lives with her husband and 3 children.