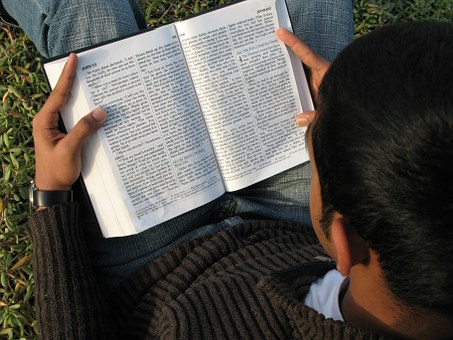 Let me start today by saying this –

I don’t have to see what God will do to know He will do it. All I have to do is see what He has done in the past then… I KNOW HE WILL DO IT!

We need to always remember this and if we do, it will help us keep doubt at bay. God doesn’t need to keep trying to encourage us so we can remember to trust him.

Those that trust the most struggle the least!

Let’s now talk of twin No. 2 – Pride . (We’ll come back to doubt as we round up this series). Pride like we said on Day 1 is a conciousness of one’s own dignity, ego, self-worth, self-image, self-identity… and the list goes on. Pride is always about self; it’s always about me.

Now, remember the example I gave on Day 2 of the plane that is speeding down the runway but lacks the power to lift off? I used that example to paint a picture of what happens to us when we doubt. Now, let’s assume that there was no doubt and that the plane had enough lift and thrust to take off there is still something that can still bring it down; and that thing is Pride. So, how would that happen? Well, let’s imagine the plane actually took off and that all was going well. The pilot then decided he didn’t need auto-pilot or the manufacturer’s manual. Suppose the pilot decided he was so good at flying that he didn’t need to follow the rules. Suppose he wanted to prove just how good he was at flying (and even though there was no threat to the plane) decided to try some new maneuvers just to show off to the co-pilot, the crew and the passengers to prove that he knew what he was doing.

This is the sort of scenario that would never happen of course, unless the pilot had a massive mental breakdown and the co-pilot was unable to take back control of the plane; in which case the plane would crash. It would literally fall out of the sky unless the pilot went back to the manual and got over himself!

I used to be in the choir when I was in university and we were good – very very good in fact. However I believe that the main reason we were so good was not just because we could sing. It was because of the head of the choir. He would always remind us, “Remember it’s all about God. If the devil can’t stop your success he will let it get to your head and it will have the same effect as if he had stopped you“. At first, I used to find this a bit of a mood dampener especially because it always came after we had just “killed” another song (in a good way of course). We would all be so excited and I was usually on such a high…. particularly if I was the one who had taken the solo part. You know the attention you get when you do something really well, the applause of men, that feeling of…well pride can give you such a rush… but our choir director never allowed it to get to our heads. He reminded us every single time until after a while it finally hit home – it’s about God and we are grateful for the opportunity. That was why we were so good – it was because God had become our focus. It was about Him and not us!

So it has to be about God for pride truly does come before a fall.