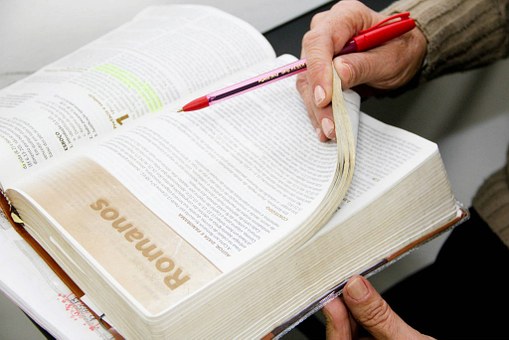 Isaiah 14 (NKJV)
12 “How you are fallen from heaven,
O Lucifer, son of the morning!
How you are cut down to the ground,
You who weakened the nations!
13 For you have said in your heart:
‘ I will ascend into heaven,
I will exalt my throne above the stars of God;
I will also sit on the mount of the congregation
On the farthest sides of the north;
14 I will ascend above the heights of the clouds,
I will be like the Most High.’

So, the sin Lucifer committed was that he was lifted up in his heart and began to say in his heart… He was full of pride and that pride corrupted his entire nature and being. He said these things in his heart but God heard him just like God hears all we say in our heart.

To be lifted up in your heart is a very dangerous thing and I’m going to show us two examples of people who were proud or lifted up in their hearts in the bible. Uzziah was a king of Judah and he began to reign at the young age of sixteen and reigned for 52 years.

2 Chronicles 26 (NKJV)
5 He sought God in the days of Zechariah, who had understanding in the visions of God; and as long as he sought the Lord, God made him prosper.

He started out so well. He sought God through the prophet and as long as he did, he prospered. God gave him wisdom and blessed his reign. God gave him strength and he fought against his enemies and prevailed, fortified Jerusalem and even built towers in the desert and he had a formidable army. God was with him and his fame spread abroad. He was also blessed with livestock and farmers and he became exceedingly strong.

Here was a king who God had blessed (Please read the whole chapter – 2 Chronicles 26) and then something happened.

2 Chronicles 26 (NKJV)
16 But when he was strong his heart was lifted up, to his destruction, for he transgressed against the Lord his God by entering the temple of the Lord to burn incense on the altar of incense.

His strength and power went to his head and he went into the temple and began to burn incense – something which only the priests were allowed to do. As punishment, he became a leper and died in that condition; all because pride set in.

We see another king – a heathen king this time who also had a great kingdom; his name was Belshazzar.

Daniel 5 (NKJV)
20 But when his heart was lifted up, and his spirit was hardened in pride, he was deposed from his kingly throne, and they took his glory from him.

What happened here? Well, one day, he, his wives, his concubines and his lords where drinking wine from vessels taken from the house of God – the temple in Jerusalem; when a hand appeared and wrote something on the wall. It was God’s judgement… and that night the king was killed. Here was a King that had no regard or fear of God.

To be lifted up in our hearts can only spell destruction.