Faith Impact Church > Christian Living > Does Your Past Really Matter? 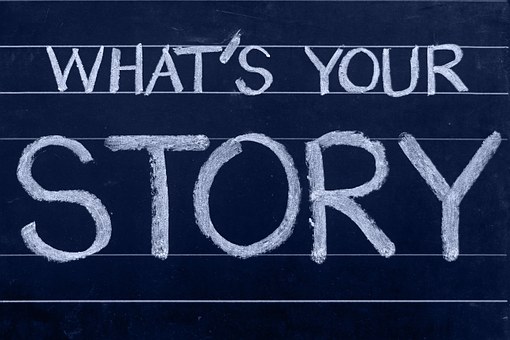 For many, the past represents a place they never want to visit again – not even in thought. For others, it is a campsite where they have camped out and begun to build – to the point of even erecting castles where they intend to take up permanent residence! What does your past represent to you?

{blockquote}Philippians 3
13 …but I focus on this one thing: Forgetting the past and looking forward to what lies ahead.{/blockquote}

I want you to notice what Paul is not saying. He isn’t saying he has amnesia about the past, or that his past is irrelevant. He is simply saying he chooses to forget the past and not dwell on it, or be imprisoned by it. He has future goals to reach towards. In other words, yes, he is aware of his past – the good, the bad, and everything else in between – but he learns from it and uses the experience gained from it to reach for better things in the future.

In the Old Testament, we read how David made his case before King Saul as he sought his permission to represent Israel in fighting Goliath the giant.

{blockquote}1 Samuel 17
36 Your servant has killed both lion and bear; and this uncircumcised Philistine will be like one of them, seeing he has defied the armies of the living God.”
37 Moreover David said, “The LORD, who delivered me from the paw of the lion and from the paw of the bear, He will deliver me from the hand of this Philistine.”
And Saul said to David, “Go, and the LORD be with you!”{/blockquote}

In this passage David made reference to his past accomplishments as he tried to convince the king that he was capable of having the same success when he went out to confront Goliath. Notice how he wasn’t referring to the past so he could camp there, rest on his laurels, or have an eternal celebration over what used to be! Rather, he was drawing from the experience gained in past conquests as he boldly looked to the present challenge that was waiting to be conquered.

Just a short while before this confrontation with Goliath, Samuel the prophet had been sent by God to anoint David as king in place of Saul. David had no idea how it would ever come to pass that King Saul would be dethroned for him to take his place, neither did he care to know how, or even try to make it happen. He just continued going about his business of loving and worshipping God, and serving and obeying his father by caring for his father’s sheep. He didn’t bemoan his lot, his past, or feel that all he had were a bunch of dumb sheep as companions in the back side of the desert, far away from being noticed by anyone! Rather we see the boldness and gusto with which David convinced King Saul to permit him a mere teenager to face a giant. He declared that the same God who delivered him in the past would do it again this time. All this without praying or even taking time to seek the Lord on the issue, yet He knew his God would back him up. He was determined and decisive. He knew the God he had with him in the past, was still the same God who was waiting to take him into his future. This singular step he took to boldly face a giant that no other man in Israel would face, set him on course to the astonishing future God had for him!

So, does your past really matter? Absolutely. Camping on either the failures or the glories of the past will freeze you into stupefied inaction, thereby rendering your past a liability. Meanwhile on the other hand, your past could become an invaluable asset when you choose to use the valuable experience you’ve gained from earlier trials, tests and triumphs to fuel your faith and confidence and spur you on to victory and boundless joy – just like David experienced. This can only be accomplished when you see your past through the lens of God’s word and covenant. With God’s grace and ever-present help, you can make the decision to do that today and every day.