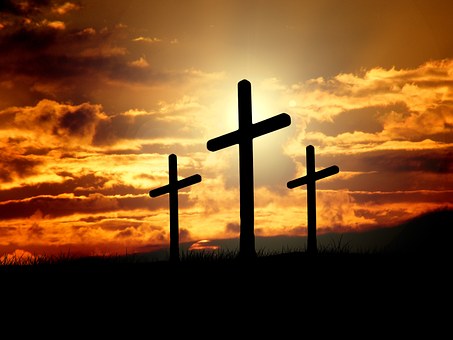 The Necessity of His Death (…continued)

Acts 17 (KJ2000)
2 And Paul, as his manner was, went in unto them, and three sabbath days reasoned with them out of the scriptures,
3 Opening them up and alleging, that Christ must needs have suffered, and risen again from the dead; and that this Jesus, whom I preach unto you, is Christ.
4 And some of them believed…

1. Christ needed to die because man needed to be bought back.

God created man and placed him as absolute master of the earth. He was legally lord of all he could survey. He was to exercise dominion over the earth as God’s representative.

But man betrayed God. He turned His back on One Who had done so much for him and moved over to submit to the lordship of the devil. He renounced his allegiance to God and declared for the devil instead. He became subject to the devil and to death, to sin and to sickness. In the biggest act of fraud in the lamentable catalogue of confidence tricks, the devil duped man and reduced him to a slave of sin, sickness and spiritual death. It was immoral, but it was legal.

Romans 724 O wretched man that I am! who shall deliver me from the body of this death?

Only a payment which would be acceptable to buy back man from his self-inflicted bondage would do.

2. Christ needed to die because man needed a New Ancestor.

If anyone is descended from Adam, they are cursed with a nature that is in rebellion against God.

Psalms 51
5 Behold, I was brought forth in iniquity, and in sin did my mother conceive me.

If a human being could be born and not ever commit one sin, he or she would still be an enemy of God. Adam’s rebellion declared him and all his descendants to be in rebellion against God. All his seed were simply finer or coarser specimens of treachery against God. Only a new race of men who were not a part of Adam’s lineage could please God.

3. Christ needed to die because man needed the curse on the earth to be reversed.

The earth is man’s home, and it will be his home forever. At creation it was a paradise, and yielded its bounty to provide for all men and women. But it was cursed when man fell, and now it manifests a depressing feature – some suffer because they own or control more of its resources than they need, while some suffer because they do not own or control enough of its resources.

Genesis 3
17 And unto Adam he said, …cursed is the ground for your sake; in sorrow shall you eat of it all the days of your life;
18 Thorns also and thistles shall it bring forth to you; and you shall eat the plants of the field;
19 In the sweat of your face shall you eat bread…

Romans 8
19 For the earnest expectation of the creation waits for the manifestation of the sons of God.
20 For the creation was made subject to vanity, not willingly, but by reason of him who has subjected the same in hope,
21 Because the creation itself also shall be delivered from the bondage of corruption into the glorious liberty of the children of God.
22 For we know that the whole creation groans and travails in pain together until now.

Man needed this curse to be reversed so all of humanity would one day enjoy the earth as God planned for us to enjoy it.

4. Christ needed to die because God wanted a family that would share His nature.

In redeeming us, God did not want a return to the status quo, to the relationship He had with Adam. He did not just want a man made in His image, he wanted a man who would be a partaker of His nature.

Hebrews 2
14 Since then the children are partakers of flesh and blood, he also himself likewise took part of the same; that through death he might destroy him that had the power of death, that is, the devil;
15 And deliver them who through fear of death were all their lifetime subject to bondage.
16 For verily he took not on him the nature of angels; but he took on him the nature of Abraham.
17 Therefore in all things he had to be made like unto his brethren, that he might be a merciful and faithful high priest in things pertaining to God, to make reconciliation for the sins of the people.