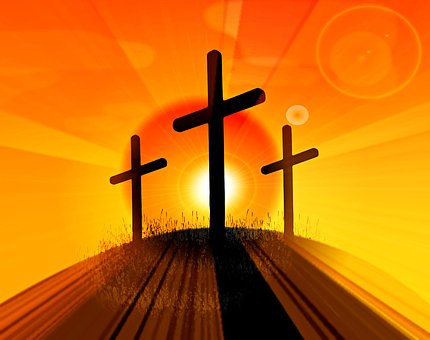 1 Corinthians 15 (Contemporary English Version)
3 I told you the most important part of the message exactly as it was told to me. That part is: Christ died for our sins, as the Scriptures say.

1 Corinthians 15 (English Standard Version)
3 For I delivered to you as of first importance what I also received: that Christ died for our sins in accordance with the Scriptures,

Acts 17
30 And the times of this ignorance God overlooked; but now commands all men everywhere to repent:
31 Because he has appointed a day, in which he will judge the world in righteousness by that man whom he has ordained; and of this he has given assurance unto all men, in that he has raised him from the dead.

The death and the resurrection of Jesus Christ is the basis of our reconciliation to God. We are saved when we come to terms with what He did for us. We will be judged based on whether we accepted or rejected His work.

Therefore, it is of utmost importance that we make this message very clear to the lost. Repentance as a concept is meaningless to the unbeliever, outside of expressing faith in what Christ did for him. Hear Paul:

Acts 20
20 And how I kept back nothing that was profitable unto you, but have showed you, and have taught you publicly, and from house to house,
21 Testifying both to the Jews, and also to the Greeks, repentance toward God, and faith toward our Lord Jesus Christ.

The unique proposition of Christianity is that we show repentance towards God by expressing faith in the death and resurrection of Jesus. This is what distinguishes our faith from other belief systems that merely exhort men to repent from sin, or say that Jesus was merely a good teacher or a prophet, or make good works the basis for salvation. When we preach a gospel that does not emphasise His sacrifice, we regress into the emptiness and powerlessness of those religions.

Perhaps this is the reason why many respond to altar calls, but still struggle to walk in the victorious Christian life. Perhaps they merely repeated words after the pastor, but didn’t understand that those words are meant to express faith in His work. Perhaps preachers need to make sure they explain the gospel when preaching, and not assume that the unbeliever has already heard it all before.

Romans 6 (KJ2000)
17 But God be thanked, that you were the servants of sin, but you have obeyed from the heart that form of doctrine which was delivered you.

Colossians 2 (KJ2000)
6 As you have therefore received Christ Jesus the Lord, so walk in him:
7 Rooted and built up in him, and established in the faith, as you have been taught, abounding therein with thanksgiving.

The man who is ignorant of the death and resurrection of Christ may still be dead in his sins. The man who is well instructed in the necessity, the reality and efficacy of His sacrifice has passed from death to life! Praise God forevermore!