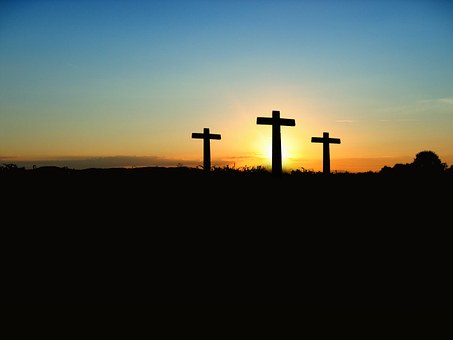 1 Corinthians 15 (Contemporary English Version)
3 I told you the most important part of the message exactly as it was told to me. That part is: Christ died for our sins, as the Scriptures say.

1 Corinthians 15 (English Standard Version)
3 For I delivered to you as of first importance what I also received: that Christ died for our sins in accordance with the Scriptures,

I would like us to consider an important matter. In fact, it’s so important that it was the first thing Paul preached to the Corinthians. He described it as “of first importance”, “the most important part of the message”. This matter is so important that those who do not keep it in memory are described as having “believed in vain”. If we are saved, it is because we have received and stand on our faith in this message.

There are so many different ideas that seem to be regularly presented to us in the Body of Christ today. Like the world, we seem to be under an information assault assisted by modern technology. Technology has made it very cheap for different preachers to reach us with different messages, and so it seems that virtually every aspect of philosophy known to man has been packaged for the Church.

But God doesn’t change (aren’t you so glad about that?) and His opinion on what’s important doesn’t, either.

The most important idea in the message of the gospel is that “Christ died for our sins, …and that He was buried, and rose again”.

Knowledge of the death and the resurrection of Christ saves us when we do not just assent to it as a historical fact, but understand the consequences of His Life and Work. Our faith is not mere confidence in God’s ability to do anything and everything (the worst of unbelievers believe this too). Our faith is confidence in the necessity, the reality and the efficacy of the death and resurrection of Jesus.

Jide Lawal graduated from the University of Ilorin, Ilorin, Nigeria with a Bachelor’s degree in Electrical Engineering. He also graduated from Rhema Bible Training Centre, Nigeria, where he currently volunteers with the Lagos Campus.

He has been actively working in the ministry for over 20 years. He has helped pioneer works, pastored, served in administrative roles and he now itinerates.

Jide is passionate about training church leaders and church workers in the course of fulfilling God’s call upon his life to strengthen believers and strengthen churches.

He is happily married to Anuoluwa and they live in Lagos, Nigeria with their 2 children: Ayanfeoluwa and Ireoluwa.