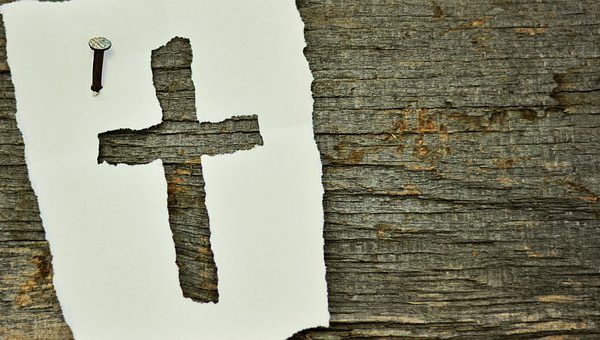 The Reality of His Death (continued…)

In the previous post we see Paul testifying to the Jewish King Agrippa and the Roman Governor Festus about the death and the resurrection of Jesus. In this one we consider Paul sharing a list of people who were eye-witnesses to the resurrection with the Corinthians.

1 Corinthians 15 (KJ2000)
1 Moreover, brethren, I declare unto you the gospel which I preached unto you, which also you have received, and in which you stand;
2 By which also you are saved, if you keep in memory what I preached unto you, unless you have believed in vain.
3 For I delivered unto you first of all that which I also received, how that Christ died for our sins according to the scriptures;
4 And that he was buried, and that he rose again the third day according to the scriptures:
5 And that he was seen of Cephas, then of the twelve:
6 After that, he was seen of over five hundred brethren at once; of whom the greater part remain until now, but some are fallen asleep.
7 After that, he was seen of James; then of all the apostles.
8 And last of all he was seen of me also, as of one untimely born.
9 For I am the least of the apostles, who am not fit to be called an apostle, because I persecuted the church of God.
10 But by the grace of God I am what I am: and his grace which was bestowed upon me was not in vain; but I labored more abundantly than they all: yet not I, but the grace of God which was with me.
11 Therefore whether it were I or they, so we preach, and so you believed.

The key historical proof for the resurrection of Jesus is the number of men and women who preferred to die, than to deny He rose from the dead. Such numbers of people are unlikely to lay down their lives to defend something they know to be a lie.

Acts 1 (KJ2000)
8 But you shall receive power, after the Holy Spirit has come upon you: and you shall be witnesses unto me both in Jerusalem, and in all Judea, and in Samaria, and unto the uttermost part of the earth.
21 Therefore of these men who have accompanied with us all the time that the Lord Jesus went in and out among us,
22 Beginning from the baptism of John, unto that same day that he was taken up from us, must one be ordained to be a witness with us of his resurrection.

In verse 8, Jesus reminds the disciples that they would be witnesses to Him after they received the Holy Ghost. In verses 21 and 22, Peter tells them to choose someone who would replace Judas as one of the twelve. The primary requirement was that the replacement would be one who was a witness to Jesus’ earthly ministry and His resurrection. This is why Jesus needed to appear personally to Paul before he could be a foundational apostle (one of those who wrote the letters in the New Testament).

The major essence of being a witness to Jesus is being a witness to His resurrection. A major flaw of some of our sermons and witnessing which are supposed to be evangelistic in nature is that they tend to talk about everything else under the sun save His death and resurrection. Sometimes we talk about God’s miracles in our life. Sometimes we warn about the wrath of God coming upon unbelievers and about hell. Sometimes we talk about how people can be healed, people can become prosperous. These things are good, but they can never replace telling sinners about His death and resurrection. Sometimes we do not even preach, but have a comedian entertain with a succession of jokes and then give an altar call!

Thank God for the reality of the His death and resurrection!