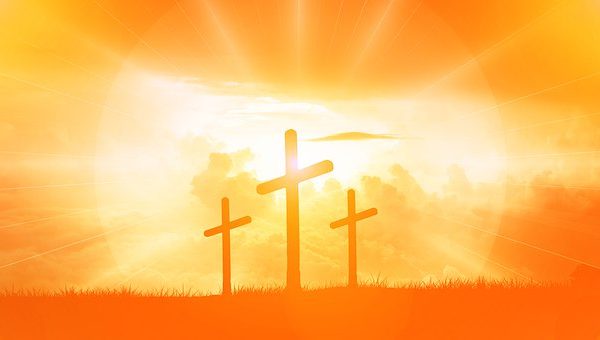 justification /dʒʌstɪfɪˈkeɪʃ(ə)n/
the action of showing something to be right or reasonable. (noun)
the action of declaring or making righteous in the sight of God. (noun)

In the previous post we considered the fact that the Christ was the propitiation for our sins. Closely associated with the concept of propitiation is justification.

Romans 3 (KJ2000)
22 Even the righteousness of God which is by faith in Jesus Christ unto all and upon all them that believe: for there is no difference:
23 For all have sinned, and come short of the glory of God;
24 Being justified freely by his grace through the redemption that is in Christ Jesus:
25 Whom God has set forth to be a propitiation through faith in his blood, to declare his righteousness for the remission of sins that are past, through the forbearance of God;

Romans 4 (KJ2000)
25 [Jesus our Lord] was delivered for our offenses, and was raised again for our justification.

The forgiveness of our sins is a great idea, but Christ’s sacrifice did much more than that for us. Our sins were remitted. We were brought into a relationship with God that was premised not on the basis that we were sinners who had now been forgiven, but righteous people who had never sinned. If we believe that in Adam all have sinned have come short of the glory of God, then we must believe that in Christ all have been justified, or declared righteous.

When the prodigal son “came to himself”, he decided he would go back home and beg his father to just take him back as one of the hired servants. He had been a son who exercised the immoral but legal right to take his share of the inheritance and go waste it. Now he would be a servant who would be eternally grateful to work and earn the same living with other servants. At least that would stop him from starving to death.

But the father had other plans. When the prodigal son came home, he accepted him not as a servant, but as a son. He didn’t just forgive his son, but got rid of his sin-consciousness. The father didn’t treat him as a son who had been forgiven, but as a son who had never sinned. He was celebrated as though the father had sent him on an errand and wanted to reward him for doing a good job!

Because of the sacrifice of Jesus we can stand in the Father’s presence with no sense of guilt, shame or an inferiority-complex. Jesus paid with His life so we could be justified! We are discharged and acquitted in God’s court, not convicted and pardoned.

Hebrews 10
1 For the law having a shadow of good things to come, and not the very image of the things, can never with those sacrifices which they offered year by year continually make the ones approaching perfect.
2 For then would they not have ceased to be offered? because the worshipers once purged should have had no more consciousness of sins.
3 But in those sacrifices there is a remembrance again made of sins every year.

Whenever you join the world to say, “we are all sinners”, you’re not being humble, you’re being disrespectful of His sacrifice. They are sinners. You’re a saint. You’re blood-bought and blood-washed. That blood, availing for the chief of sinners, makes him a saint! In the New Testament, we are called saints 61 times. We are called saints because that’s who we are! Praise God!