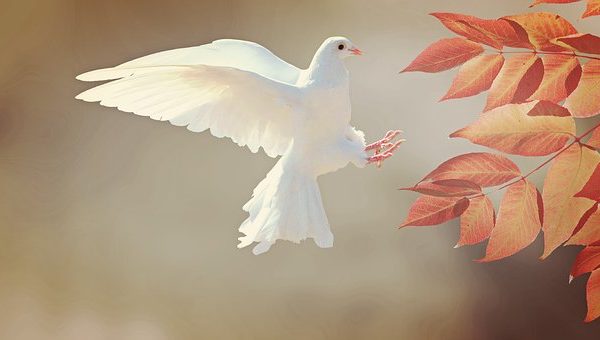 Acts 22 (KJV 2000)
19 And [Paul] said, Lord, they know that I imprisoned and beat in every synagogue them that believed on you:
20 And when the blood of your martyr Stephen was shed, I also was standing by, and consenting unto his death, and kept the clothing of them that slew him.

Acts 23 (KJV 2000)
1 And Paul, earnestly beholding the council, said, Men and brethren, I have lived in all good conscience before God until this day.

“You, Paul? You’ve lived in all good conscience before God? You were a party to Stephen’s murder!”

True, the Apostle cooperated with those that murdered Stephen. My knowledge of law as a discipline is poor, so I’ll have to ask a lawyer if Paul was a principal, an accessory before the fact, an accessory after the fact or a facilitator of the crime. But beyond approving the actions of those that killed Stephen and helping them to keep their outer garments while they were busy, Paul persecuted the Church and sent so many of the saints to prison simply because they were believers.

Yet, testifying before “the council”, Paul declares, “My conscience is clear before God.”

The Paul who helped killed Stephen was gone. In his place was a new creature. He was cleansed of all guilt – he was blood-bought and blood-washed.

One of the manifestations of the Grace of God upon our lives is the remission of our sins. Maybe you weren’t as wicked as Paul was, maybe you were worse. There is no difference – all of us had gone astray, before the Great Shepherd found us and brought us into His fold. Our salvation experiences may not be as dramatic or as spectacular as Paul’s, but every one of them is a miraculous expression of the grace of God! I praise God for the day you got saved! I bless His Name for that person who shared the gospel with you! Just like Paul, by His grace, your slate was wiped clean, you became a new being, and you now have a fresh start!

Ephesians 2 (KJV 2000)
8 For by grace are you saved through faith; and that not of yourselves: it is the gift of God:
9 Not of works, lest any man should boast.

Ephesians 1 (KJV 2000)
7 In whom we have redemption through his blood, the forgiveness of sins, according to the riches of his grace;

Our sins are remitted to us. When His blood cleansed us we became just as though we never sinned. Better than that, our sinful nature was replaced with righteous nature! This is why someone like Paul, who would be found guilty of murder by a competent human court, would be discharged and acquitted and set free in God’s Court. This man, who self-styled himself the “Chief of Sinners”, encountered the Grace of God which left him with a clear conscience.

If God wasn’t keeping a record of Paul’s sins, why should Paul do so? Sometimes we tend to hold ourselves and other believers to a higher standard than we hold God to. We insist believers must “forgive and forget”, but we do not believe God forgets when He forgives. Sometimes, we don’t even believe He really forgives. We help God to a keep a record of wrongs and hold the record against ourselves or against others..

Paul taught about righteousness and called it the gift by grace!

Romans 5 (KJV 2000)
15 So also is the free gift not like the offense. For if through the offense of one many are dead, much more the grace of God, and the gift by grace, which is by one man, Jesus Christ, has abounded unto many.
17 For if by one man’s offense death reigned by one; much more they who receive abundance of grace and of the gift of righteousness shall reign in life by one, Jesus Christ.)
20 … But where sin abounded, grace did much more abound: