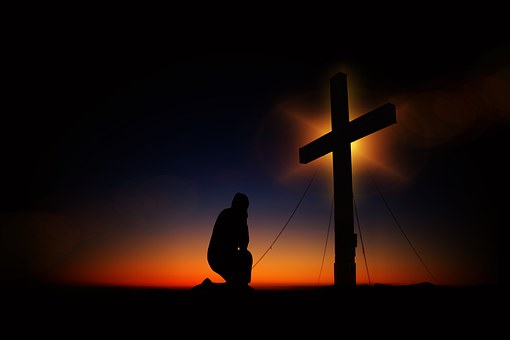 1 Timothy 1 (KJV2000)
12 And I thank Christ Jesus our Lord, who has enabled me, that he counted me faithful, putting me into the ministry;
13 Who was before a blasphemer, and a persecutor, and insolent: but I obtained mercy, because I did it ignorantly in unbelief.
14 And the grace of our Lord was exceedingly abundant with faith and love which is in Christ Jesus.
15 This is a faithful saying, and worthy of all acceptance, that Christ Jesus came into the world to save sinners; of whom I am chief.
16 But for this cause I obtained mercy, that in me first Jesus Christ might show forth all longsuffering, for an example to them who should hereafter believe on him to life everlasting.
17 Now unto the King eternal, immortal, invisible, the only wise God, be honor and glory forever and ever. Amen.

Paul of Tarsus is one of the central characters in the New Testament. More than half of The Acts of the Apostles is a documentation of the activities of Paul and his companions in ministry.

Our first introduction to Paul is as a Jewish non-believer in Christ, called Saul. We are not given a history of his life, we are simply told that those who acted as witnesses against Stephen laid their clothes at the feet of Paul (Acts 7:58). At that period in Judea, only the Roman governor could legally order an execution. I believe the Holy Spirit inspires Luke (the author of the Acts of the Apostles) to include this detail of Paul’s involvement in Stephen’s death to show us that the very first act of Paul in the Bible is to take part in the extra-judicial murder of Stephen.

After this, Paul goes on to commit many more acts of persecution of the Church in his own right.

Acts 8 (KJV2000)
1 And Saul was consenting unto his death. And at that time there was a great persecution against the church which was at Jerusalem; and they were all scattered abroad throughout the regions of Judea and Samaria, except the apostles.
3 As for Saul, he made havoc of the church, entering into every house, and dragging off men and women committed them to prison.

Acts 9 (KJV2000)
1 And Saul, yet breathing out threatenings and slaughter against the disciples of the Lord, went unto the high priest,
2 And desired of him letters to Damascus to the synagogues, that if he found any of this way, whether they were men or women, he might bring them bound unto Jerusalem.

We all know how this particular trip ends. The Lord Jesus appears to him in a vision at noon, and starts a sequence of events which ends with Paul becoming born again. What a spectacular manifestation of His grace in the life of Paul! Praise God!

Years later, writing to his young protégé Timothy, Paul claims for himself the title, “The Chief of Sinners”. He celebrates his life as an example of grace to those who should consequently believe on Jesus.

Ephesus 3 (KJV2000)
8 Unto me, who am less than the least of all saints, is this grace given, that I should preach among the Gentiles the unsearchable riches of Christ;

1 Corinthians 15 (KJV2000)
7 After that, [the resurrected Christ] was seen of James; then of all the apostles.
8 And last of all he was seen of me also, as of one untimely born.
9 For I am the least of the apostles, who am not fit to be called an apostle, because I persecuted the church of God.
10 But by the grace of God I am what I am: and his grace which was bestowed upon me was not in vain; but I labored more abundantly than they all: yet not I, but the grace of God which was with me.

2 Corinthians 12 (KJV2000)
11 I have become a fool in boasting; you have compelled me: for I ought to have been commended by you: for in nothing am I behind the very chief apostles, though I be nothing.
12 Truly the signs of an apostle were done among you in all patience, in signs, and wonders, and mighty deeds.

How did the chief of sinners, who was the least of the apostles and less than the least of all saints, come to labour more abundantly than all the other apostles? How did the man who was nothing and who was not fit to be called an apostle, become in every respect the equal of the greatest apostles? God’s grace was in action!

This week I invite us to study the grace of God as manifested in the life of Paul.