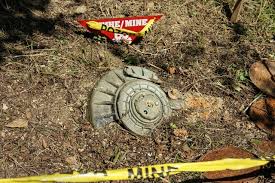 In continuing with our journey, do you recall how many of the children of Israel left Egypt for the Promised Land? Was God able to bring them all to Canaan? Was it His perfect will to bring them all to the Promised Land? Absolutely yes, yes, yes!!! Well how many of the original older generation succeeded in making it into the Promised Land? Sadly, only two, Joshua and Caleb. So then, even though God had the ability as well as the will to bring them into the land flowing with milk and honey, their actions and conduct prevailed over God’s intent for their lives and destiny. This is a sober truth and lesson for us to take heed to. In the above quoted scripture, these are examples for us not to emulate. For, if we do the same things they did, we are liable to end up as they did, that is missing out on our God ordained destinies and inheritance. I pray that would not be your portion.

First Corinthians ten, lists five things the Israelites did that robbed them of the blessings of Canaan. Such that they spent forty years wandering and drifting and never possessing what should have been theirs. They just would not be persuaded to believe and follow God. Rather they allowed the ways of Egypt to dominate them and their conduct. For the children of Israel, Egypt was a land of not enough. The wilderness, through which, they had to journey was a land of just enough, and Canaan’s land was the land of more than enough. Things were supposed to get progressively better, but they had to prove themselves faithful and obedient along the way. Can you identify with this?

The first thing we see from the experience of the children of Israel, is that we should not lust after things. One attitude we need to have or cultivate, is that we should be glad and appreciate it when we are warned. If you were about to head on to a highway and someone warned you about a terrible accident that had occurred and which had resulted in a heavy traffic build up and grid lock for miles on end, you would really appreciate it. Wouldn’t you? That is the way we should see warnings from God. The warnings from God are to save us from needless problems and heart aches. So we should welcome and take heed to His warnings. It is important that about half of the scriptures consists of warnings. So if we are averse or have an ungrateful attitude to warnings, we will end up with many needless problems and sadness. We’ve got warnings in the scriptures about things and places to avoid; who not to marry; not to forsake the assembling together of the saints; the kind of speech and conduct that should be kept far from us and on and on and on.