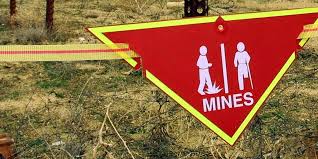 The Holy Spirit, speaking through Paul the Apostle in first Corinthians chapter ten, warns us of five things (vices) that prevented the Israelites from inheriting the Promise Land of Canaan. In verse six of the chapter, he exhorts us not to follow their example of evil conduct and their untoward approach to doing things. The first of these vices in which they indulged and against which he warns us about, was their habit of lusting after evil things.

Numbers 11 (NKJV)
4 Now the mixed multitude who were among them yielded to intense craving; so the children of Israel also wept again and said: “Who will give us meat to eat?
5 We remember the fish which we ate freely in Egypt, the cucumbers, the melons, the leeks, the onions, and the garlic;
6 but now our whole being is dried up; there is nothing at all except this manna before our eyes!”

When the children of Israel left Egypt, a number of Egyptians joined them in their exodus, as a result of their having witnessed God’s mighty interventions on Israel’s behalf. Egypt is a type (example) of the world and sin. Just like back then, today also, there are unbelievers who are won over to the Lord as a result of seeing God at work in the Life of His children. Among the lost in the world also, there are those who are persuaded to come into our fold because of the power of God’s redemptive work in our lives. However, the fact that people become Christians does not mean that they automatically change their lifestyles or way of doing things to accord with God’s way. Such a transformation only occurs after they have undergone a process of mind renewal and spiritual growth. So up until this point, they constitute a mixed multitude, one that is not completely surrendered to the ways of God. In much the same way that the Egyptians also did when they joined the children of Israel in their exodus from Egypt.

As new converts, fresh out of Egypt, it was they who should have been the ones to learn from those who were already established in the family of God and not the other way round. The mixed multitude by the nature of their upbringing were accustomed to all kinds of lustful desires and habits. So it was not the place of the Israelites to pick up or pattern their lifestyles on the evil examples of the mixed multitude. They should have been the ones taking the lead to teach the new converts the ways of the Lord instead.